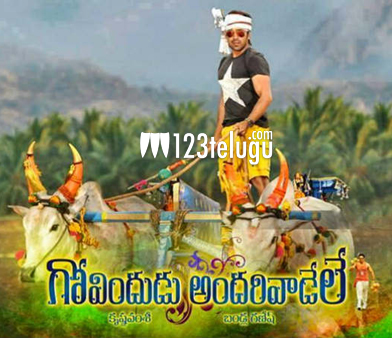 Mega Powerstar Ramcharan’s highly anticipated film ‘Govindhudu Andharivadele’ completed its Pollachi schedule on Monday. In this schedule key scenes on Prakash Raj, Ramcharan, Srikanth and Kajal were shot in the village backdrop. According to Prakash Raj, all the scenes have come out really well.

Produced by Bandla Ganesh, this film is directed by Krishna Vamshi. Yuvan Shankar Raja is scoring music for this film in which Jayasudha, Kamalini Mukherjee feature in prominent roles.