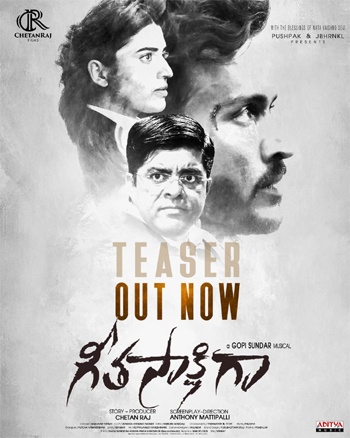 Geeta Sakshigaa is an upcoming emotional and intense drama based on real-life incidents starring Aadarsh and Chitra Shukla in the lead roles and it is directed by Anthony Mattipalli. The film’s makers recently revealed a first-look poster and a striking motion poster, both of which impressed the audience.

To ramp up the hype, the makers released an intense and gutsy teaser today. The teaser is jam-packed with stunning moments and an arresting background score. The teaser shows actor Aadarsh as a criminal and Chitra Shukla as a lawyer locking horns with Srikanth Iyenger.