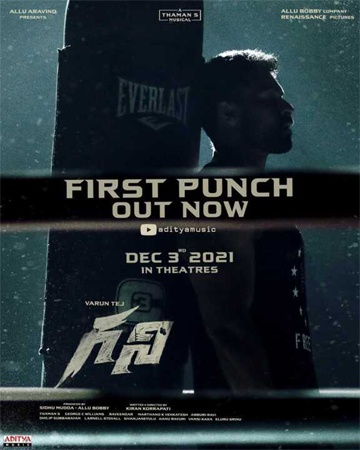 Ghani is a film that many are waiting for eagerly as it has Varun Tej playing the role of a boxer for the first time in his career.

The makers revealed the first punch and Varun looks super fit as the boxer and shown in an intense avatar in the small promo.

What’s special is that the makers have decided the release date and the boxing drama will be out on the 3rd of December in a big way.