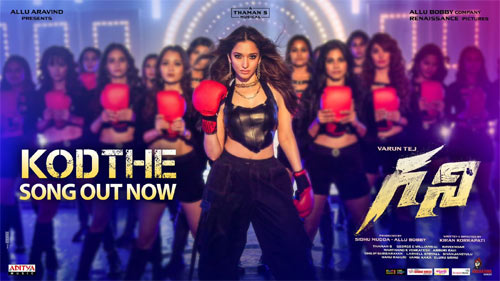 Ghani is a film that has been postponed twice. But the makers have been keeping the film in news with some update or the other.

Now, a special song featuring Tamannah has been released. Titled Kodthe, this song has been composed by Thaman and is a fun track.

This special song is shot in a boxing ring and Tamannah looks fab and her sensuous moves are good. The beat, lyrics, and party atmosphere in the song are quite nice.

Ghani is produced by Allu Bobby and is directed by newcomer Kiaran Korrapati. Saiee Majrekar plays the female lead.