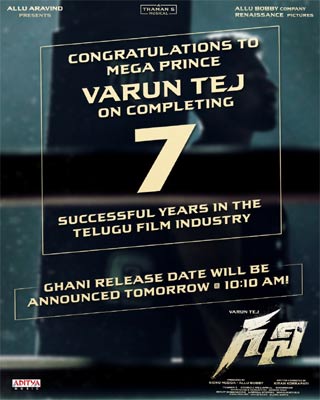 It is a known fact that Varun Tej is ready with a film called Ghani. The film was supposed to release on the 24th of this month but was postponed at the last minute.

Varun Tej has completed seven years in the industry and on this occasion, the release date of the film will be announced at tomorrow 10 AM.

The gossip in the film circles is that the makers are in plans to release the film on the 2nd of April in a big way. Let’s see whether this date gets fixed or not.