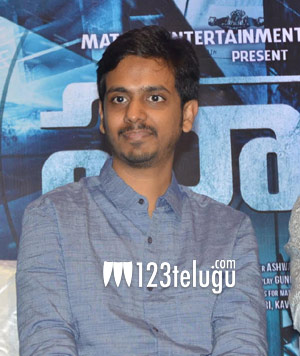 After earning rave reviews for his debut film Ghazi, Sankalp Reddy is finally going to direct a new film. The untitled film is already under pre-production and a young hero is going to come onboard the project. Gavara Parthasarathy is going to produce the film under Sri Chamundi Films banner.

Sankalp Reddy became a sensation earlier this year when his long-cherished project Ghazi, which was set in a submarine, wowed the critics and audiences alike. Rana had played the lead role in the war drama, and Sankalp Reddy was praised for his unique vision.

More details about his next project are going to be revealed soon.