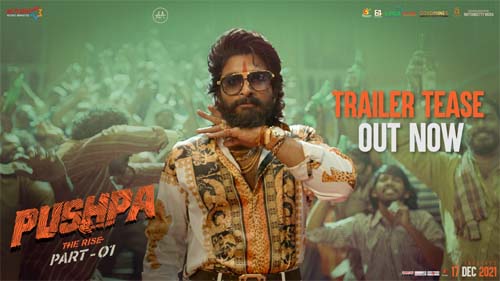 Pushpa is a film that everyone is waiting for eagerly. The trailer of the film will be out on the 6th of December and today, the makers revealed a small glimpse of the trailer and it looks fab.

The makers have kept all the crazy scenes of the film in this glimpse which showcases Allu Arjun in mass and rugged role for the first time.

Sukumar has made sure that every section of the audience will like this film which will be released in two parts. The first part will be out on the 17th of this month and this glimpse has left us only wanting for more.