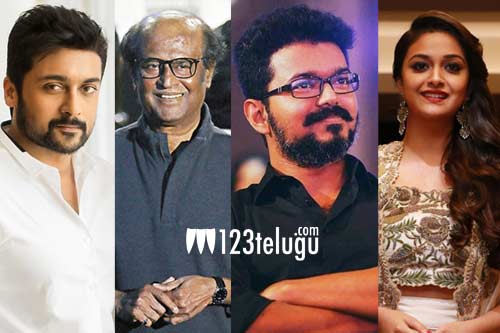 Unlike their counterparts in other film industries, Tamil stars have a unique tradition of gifting gold coins to their crews on the last day of shoot. After MGR, Rajinikanth continued that tradition for several years. This was the stars’ way of thanking their teams for their hardwork on sets.

In the latter generation, Thalapathy Vijay followed the same tradition. Even Keerthy Suresh had gifted gold coins to Mahanati’s team after the film’s competition. Now, it’s star hero Suriya’s turn to follow suit. Recently, on the last day of NGK’s shoot, Suriya gifted 1 sovereign gold coin each to 120 members of the film’s crew. NGK is tentatively scheduled for an April second week release.