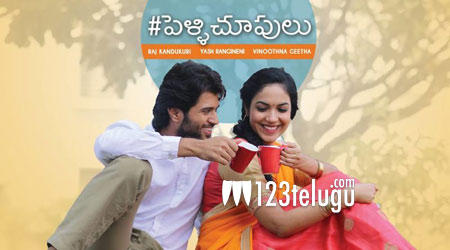 Pelli Choopulu is one such film which has made enough noise these days. Right from the time, the trailer of the film which was launched, there has been huge curiosity all over the social media.

Latest report now suggests that certain distributors from Andhra are willing to shell out some decent amounts to bag the film’s rights. As the talk in the industry is quite positive about the film, several TV channels are also planning to lap up the satellite rights of this youthful love story making it a talking point all over.

Directed by ​
Tarun Bhasakar, this film has Vijay Deverakonda and Rithu Varma as the main leads.