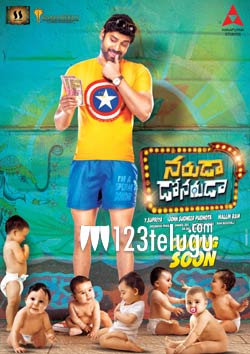 Recently, the first look posters of Sumantha’s Naruda Donaruda were released all over the social media. The response has been quite decent as the Telugu audience has welcomed the brave yet innovative designs.

Many celebs took to the social media and showered praises on the film. Sumanth plays a sperm donor in the film which is produced by Annapurna Studios. Debutant Mallik Ram is directing this flick, which has Pallavi Subhash playing the female lead.

Remake of the cult Hindi film Vicky Donor, this film is eagerly awaited.

Wonder what the other babies will turn out to be with the DONORudu like this ????!! Superb one SumanthAnna!! https://t.co/5FJN1RcrhD

Haha .. That's a super cool first look @iSumanth .. So u are the biggest production house in the industry now 😉 ? https://t.co/x86rXgmTJg