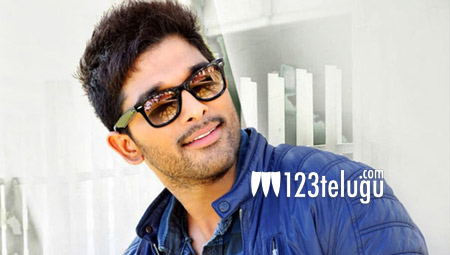 It is a known fact that Boyapati Sreenu’s film with Allu Arjun is moving at a brisk pace in Hyderabad. Now, according to the latest update, the makers have decided to release the first look of the film on the auspicious occasion of Sankranthi.

The film is carrying a superb buzz and already the pre-release business has grown by leaps and bounds. Titled Sarainodu, this film has S S Thaman scoring music and Geetha Arts are producing this flick. Rakul Preet is the female lead and Allu Arjun will be seen in a very powerful role.