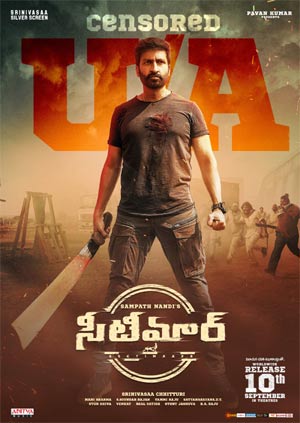 Seetimaarr, starring Gopichand and Tamannaah in lead roles, is being eagerly awaited by mass action movie lovers. This Sampath Nandi directorial is slated for its big theatrical release on September 10, on the occasion of Vinayaka Chaturthi festival.

Meanwhile, Seetimaarr has completed its censor formalities earlier today. The CBFC has issued a UA certificate for the movie. The makers will be stepping up the promotional activities starting today. The recently released theme song has been received well, and all eyes are on the soon-to-release theatrical trailer.