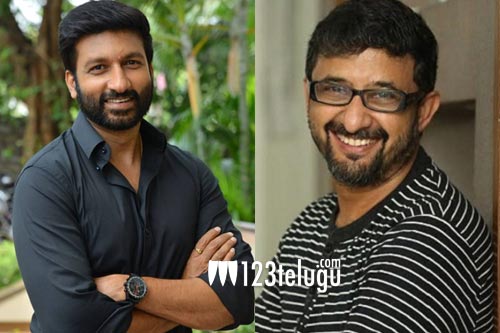 It was Teja’s 2002 romantic entertainer, Jayam, that made action hero Gopichand a prominent name in Tollywood. The duo went on to join hands one more time for the 2003 social drama, Nijam, which also had Mahesh Babu. Gopichand played negative roles in both the movies.

Now, if the latest reports are anything to go by, Gopichand and Teja will soon be teaming up with each other for the third time after 16 years. Apparently, Teja and Gopi met recently and discussed a script for an action entertainer. If things fall into place as expected, we can hear an official word from the actor-director duo soon. Stay tuned for further details.