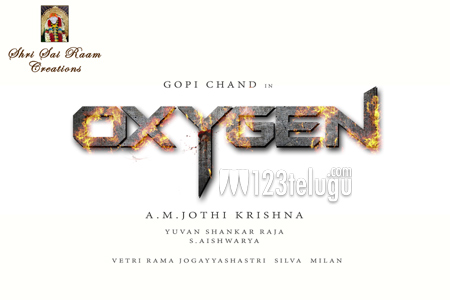 123telugu had already reported that Gopichand will be doing a film with A M Ratnam’s son Jothi Krishna. Latest update reveals that the film has been titled Oxygen and the first look logo was revealed a short while ago.

​​Shri Sai Ram Creations will be producing this film which will have music by Yuvan Shankar Raja. Currently, the makers are on the lookout for a heroine and more details about this action entertainer will be revealed soon.