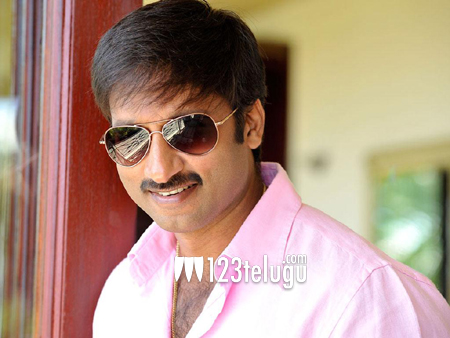 Actor Gopichand is getting busier with back-to-back projects. The actor, who just finished his upcoming film Soukhyam, is awaiting the film’s audio launch which will take place on the 13th of this month and the film will hit the screens on 25th December as a Christmas special.

Now, Gopichand is all set to commence his next film from January. We had already reported that the actor will be teaming up with AM Jyothi Krishna for a high budget action entertainer. Apparently, Gopichand is highly impressed with Jyothi Krishna’s full script and signed the project.Bhavya Creations will be producing this film.Currently, the makers are on the lookout for a heroine.