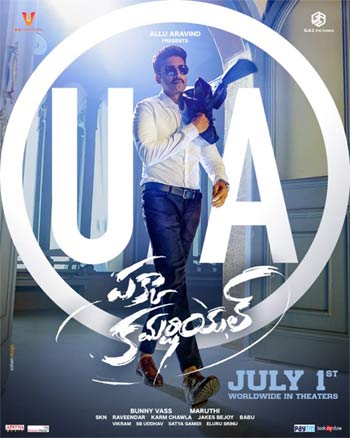 Gopichand is all set to entertain audiences with his upcoming film, Pakka Commercial. The film is scheduled for a grand worldwide release on the 1st of July.

As per the latest news, the film is done with its censor and it has been awarded a U/A certificate from the Censor Board. The makers have officially announced it on social media. With this, all the last-minute formalities of the movie have been wrapped up.

Directed by Maruthi, the project is bankrolled combinedly by GA2 pictures and UV creations. Raashi Khanna is playing the love interest of Gopichand in this courtroom action-comedy. Jakes Bejoy composed the music.