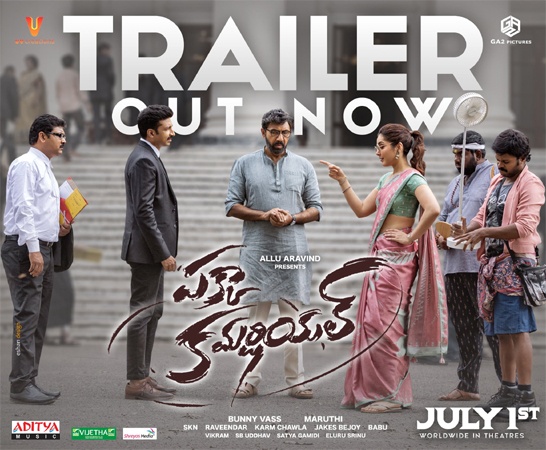 Young and talented hero Gopichand will be seen next in Pakka Commercial. Directed by Maruthi, the film has Raashii Khanna as the female lead. The flick is hitting screens on July 1, 2022.

Ahead of that, the makers have released the theatrical trailer of the film. The trailer looks impressive. It is loaded with both class and mass elements which audiences expect from a Gopichand’s movie. Gopichand is an out-and-out commercial lawyer, son of the Ex-Justice Suryanarayana (Satya Raj). Raashi Khanna is a bubbly girl who likes to join as an assistant to Gopichand.

Going by the trailer, it is confirmed that the hero, who is commercial to the core, takes a case of the big shot, Rao Ramesh, for a huge amount. Suryanarayana locks horns with his son Gopichand for justice in the case. What’s the case? Who will win in the court of the law? Everything will be answered in the main film.

Srinivasa Reddy, Harsha Chemudu, Ajay Ghosh, Praveen, and others played key roles in this movie. UV Creations and GA2 Pictures have teamed up to produce this movie, which has Jakes Bejoy’s music.