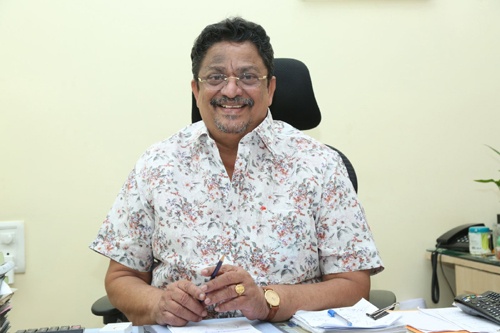 On the occasion of his birthday, producer C. Kalyan has interacted with the media today in Hyderabad.

Speaking about the movie ticket price issue, he said that the AP government should reconsider the problem with the present ticket prices.

It was producers, who asked the government to introduce the online ticketing system to maintain transparency, but social media distorted the entire point, said Kalyan.

Talking about the success of Akhanda, the noted producer said that the movie proved that audiences go to theaters and enjoy movies irrespective of GOs.

When the media asked about his upcoming projects, Kalyan revealed that he is thinking of producing Balayya’s dream project ‘Shankaracharya’ and waiting for the actor’s nod.

Movies with Satyadev and Godse director Gopi Ganesh are in the pipeline, said the producer.

He said that his next movie, Godse featuring Satyadev, will be released on 26 January 2022. Besides, he also commented on his long-delayed movie, 1945, having Rana Daggubati as the lead. The periodic drama is censored with U and going to release very soon, added Kalyan.