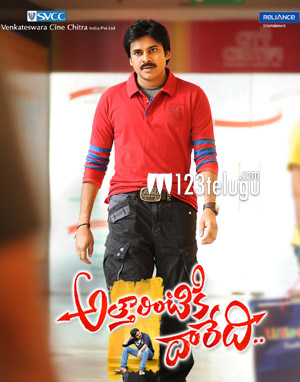 As reported earlier, Power Star Pawan Kalyan’s keenly awaited film ‘Atharintiki Dharedhi’ has been confirmed for an August 7th release. Devi Sri Prasad has composed the music and a special audio launch is being planned by the producers. Special arrangements are being made to make this event a memorable one.

‘Atharintiki Dharedhi’ is set to be high on comedy quotient and Samanta is paired opposite Pawan Kalyan. Praneetha will be seen as the second lead and famous Bollywood actor Boman Irani will make his Tollywood debut. BVSN Prasad is the producer.