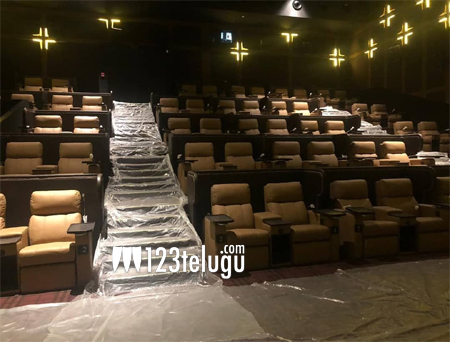 In December last year, the Central government had announced that the GST levied on movie tickets is going to be revised from 28% to 18% on tickets worth over Rs 100, and for tickets priced under Rs 100, it was brought down from 18% to 12%. Following this directive, a select few national multiplexes had revised their ticket rates accordingly from January 1 onwards.

A leading newspaper has claimed that not all multiplexes have been following this directive. A GST anti-evasion team has reportedly found out that several multiplexes, including AMB Cinemas, and theatres in and around Hyderabad hadn’t reduced the ticket prices. The team has sent a notice to AMB Cinemas for violating the anti-profiteering clause in the CGST act and directed them to deposit a huge amount to consumer welfare fund. This is equivalent to the total sum that the multiplex had earned in January by not reducing the GST on ticket prices.

Meanwhile, AMB cinemas has decided to revise the ticket rates from February 22 onwards to comply with the rules, and the maximum ticket price has been reduced to Rs 200. The anti-evasion team has also issued notices to several others for not passing on the benefits to the consumers, and warned that hefty fines and strict measures will be taken if they fail to comply to the new rules.