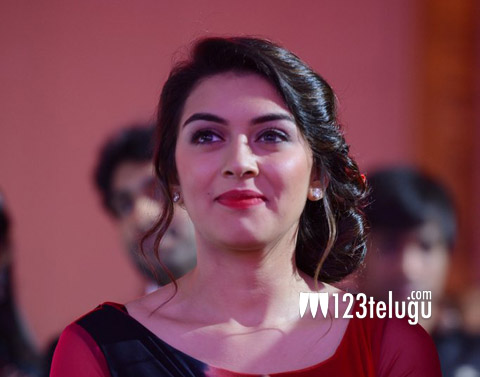 Hansika has been the favourite child for rumour mills these days. She has been in the news for all the wrong reasons. The latest rumour that has been going on for a while is that Hansika will be participating in the coming season of BigBoss. Big Boss is a Hindi reality show where selected celebrities are locked together in a house for several days and the celebrity who can stay till the end is declared the winner.

Hansika who is fed up of the fact that her name was circulating as the next contestant finally tweeted brushing aside the rumours. Her tweet said “so onces again..people I’m not going in the BIGG BOSS house :))) !! . I’m very buzy completing my exciting projects 🙂 so rumours RIP”. That has put an end to the speculation.