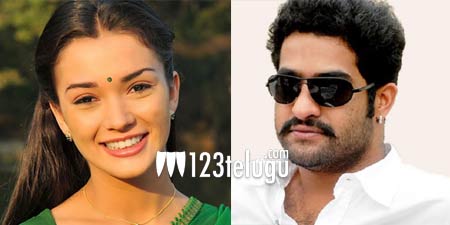 We had already reported that NTR will be joining hands with ace director Trivikram for his next project. This yet-to-be-titled film is expected to go on floors earlier next year.

Meanwhile, rumors floating around in various film circles reveal that Amy Jackson is in talks as one of the female leads. However, this is a mere speculation and an official confirmation is awaited regarding this news.

S.Radha Krishna will be producing this crazy project under his Haarika & Hassine Creations banner.