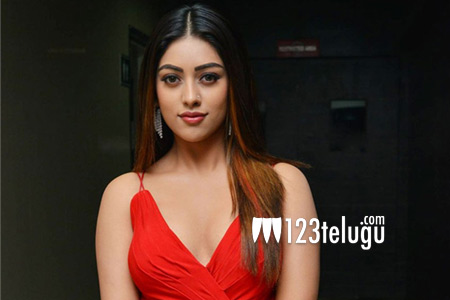 All of just three movies old, young Malayali beauty Anu Emmanuel has already become one of the most sought after actresses in Tollywood. Anu’s next release will be the Pawan Kalyan-Trivikram’s highly-anticipated Agnyathavasi. Anu is currently romancing Allu Arjun in Naa Peru Surya and she will also be seen in Naga Chaitanya’s Sailaja Reddy Alludu.

Now, if the ongoing buzz is anything to be believed, Anu Emmanuel has signed a two-film deal with star producer DVV Danayya. Already, Anu is rumored to have been paired opposite Ram Charan in Boyapati’s mass action entertainer in Danayya’s production.

Furthermore, the sultry beauty is said to be in talks for Rajamouli’s ambitious multi-starrer featuring NTR and Ram Charan. This film will also be bankrolled by DVV Danayya. However, these are mere speculations and we will have to wait until an official announcement is made by the concerned sources.