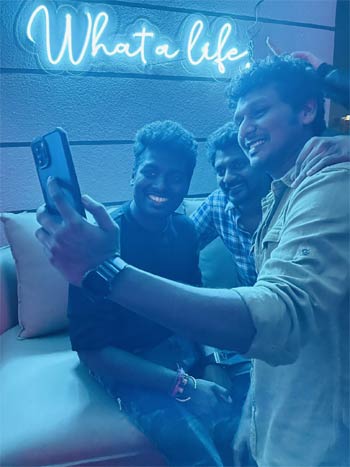 Tamil cinema is going through a transition phase as new talent has taken over the industry in the last five to six years.

Some young directors have come up and made path breaking films. Out of them, Atlee, Lokesh Kanagaraj and Nelson Dilip Kumar are a few.

These three directors have worked with the likes of Thalapathy Vijay who incidentally snapped them all taking a selfie during a party.

This picture has now gone viral in the Tamil media circles. Lokesh is directing Kamal Haasan for Vikram, while Nelson has made Beast with Vijay and Atlee is directing Shahrukh Khan as of now.