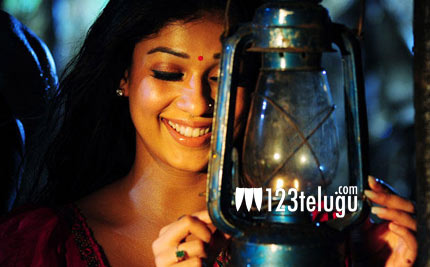 One of the most stunning, talented and controversial actress in South Indian film industry, Nayantara celebrates her 28th birthday today. Born as Diana Mariam Kurian, Nayan studied in various parts of India, mainly in North India. She made her acting debut in the 2003 Malayalam film Manassinakkare which was followed by the successful Vismayathumbathu in 2004.

Nayantara stormed into limelight with the blockbuster Rajnikanth film Chandramukhi. She later on made her Tollywood debut with the super hit film Laxmi, and eventually went on feature in hits like Ghajini, Simha, Lakshmi, Tulasi and the critically acclaimed Sri Rama Rajyam. Nayantara is one of the few actress who has manged to strike a balance between glamorous and performance oriented roles. Her new film ‘Krishnam Vande Jagadgurum’ is all set to release on November 30. 123telugu wishes this talented beauty a very Happy Birthday and a wonderful career ahead.