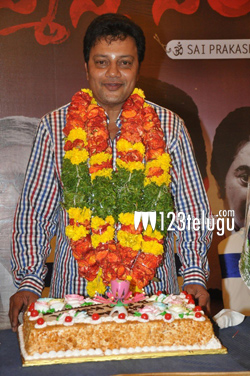 One of the most talented actors and legendary dubbing artists of Tollywood, Sai Kumar celebrates his 52nd birthday today. Sai Kumar started his career as a dubbing artist for heroes like Suman and Rajsekhar and went on to lend his voice in more than 500 movies. While pursing his lucrative dubbing career, Sai Kumar actor acted in special roles once in a while.

Sai Kumar broke into the limelight with his blockbuster hit Police Story. He won accolades for his role as a powerful Police officer and went on to do many films in Kannada and Telugu. He consolidated his position as an artist with his award winning performance in Prasthanam. He will next be seen in a negative role in Ram Charan’s Yevadu. 123telugu wishes this talented actor a very Happy Birthday and wonderful year ahead.