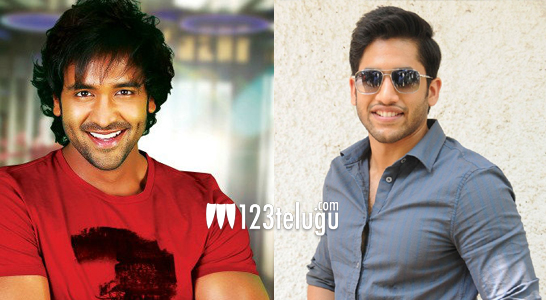 Manchu Vishnu was born on November 23rd 1981 in Chennai, as the elder son of Collection King Dr. Mohan Babu. Vishnu holds an engineering degree in computer science and he has taken several courses in film acting and direction in the US. He is currently the CEO of MB Corporation.

He made his acting debut in 1985 with the film ‘Ragile Gundelu’, but his innings as a film hero started with the film ‘Vishnu’ in 2003. The young actor tasted good commercial success in 2007 with the film ‘Dhee’. After a brief lull, he came back with a bang in 2012 with ‘Dhenikaina Ready’ and followed it up with ‘Doosukeltha’ in 2013. Vishnu is currently working for the Manchu multi-starrer ‘Pandavulu Pandavulu Thummedha’.

Akkineni Naga Chaitanya was born on November 23rd 1986, to Akkineni Nagarjuna and Smt.Lakshmi. Chaitanya spent much of his childhood in Chennai, before moving to Hyderabad for his undergraduate studies.

This budding Akkineni hero made his debut in 2009 with the film ‘Josh’. He followed it up with the highly acclaimed ‘Ye Maaya Chesave’ in 2010 and the commercially successful ‘100 % Love’ in 2011. After a disappointing 2011, he scored a hit with the film ‘Tadakha’ in 2013. Chaitanya’s ‘Autonagar Surya’ is getting ready for a release very soon and he is also a part of the Akkineni multi-starrer ‘Manam’.

123telugu.com wishes both these young stars a very Happy Birthday.