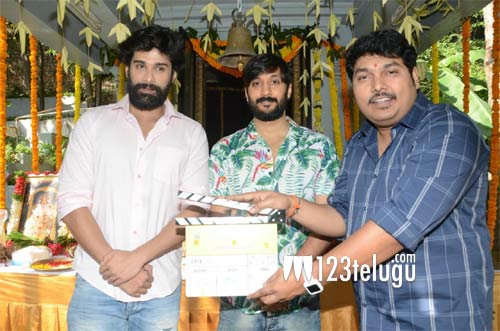 This as-yet-untitled film is touted as a comedy thriller and it also features newcomers Chetan, Sakshi Chaudhury, Aishwarya and Yami in lead roles. Debutant Virat Chakravarthy directs this film and Nagam Tirupati Reddy and Srikanth Deepaka jointly produce the movie along with Sai Karteek.

The film is being made as a Telugu-Kannada bilingual and the entire shoot will be wrapped up by January.