Haranath Policherla back as Captain Rana Prathap
Published on May 31, 2019 11:00 pm IST 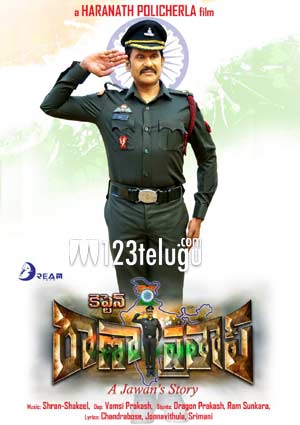 Actor-filmmaker Haranath Policherla has a penchant for trying out various genres of movies irrespective of their box-office result. After a long hiatus, Haranath is back once again, this time with a film titled ‘Captain Rana Prathap’, with ‘A Jawan’s story’ as its tagline. The film’s first look poster was unveiled earlier today.

Captain Rana Prathap is set against the backdrop of military and Haranath will be seen as an army officer in it. The film has wrapped up the shoot in 3 schedules and the makers are planning to release it in June. Haranath has produced the film under Dream Team banner. The film also stars Suman, Puneeth Issar and other prominent actors in key roles.