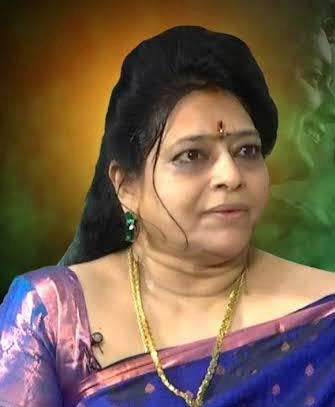 Popular producer G.V.G Raju’s wife, Padmaja Raju, passed away this afternoon due to heart attack. She was 54 and was a mother of two sons. She is the daughter of the old and handsome actor Haranath. Padmaja’s elder brother Srinivasa Raju is also a producer.

Padmaja’s husband, G.V.G. Raju, produced films like Pawan Kalyan’s Suswagatham and Tholiprema. He also made Sekhar Kammula’s Godavari. A book named ‘Andhalanatudu’ based on Haranath, was brought to the public by Padmaja recently.

Natasekhara Krishna launched the book. In this regard, Padmaja Raju interacted with NTV- Entertainment. During this, she said that one of her sons would soon be introduced as a producer. She and her husband were busy regarding this, and sadly, Padmaja Raju passed away today. Noted artists and celebrities wished peace for her soul and prayed for the family to gain strength in these times of distress.