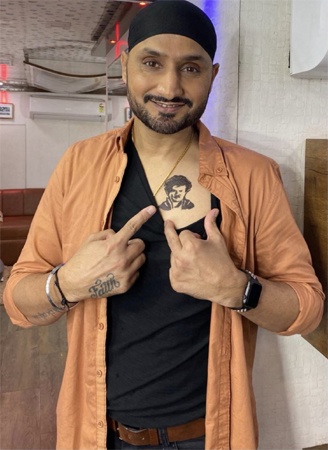 On the occasion of the Indian Super Star Rajinikanth’s birthday, many celebrities wished him in many ways. But, the Indian cricketer Harbhajan Singh went a step ahead.

The bowler, also an actor, wished Rajinikanth in style. He posted a pic of himself having the actor’s tattoo on his chest.

The pic has gone viral in no time and fans of both Harbhajan Singh and Rajinikanth got surprised with his fanism towards the legend.