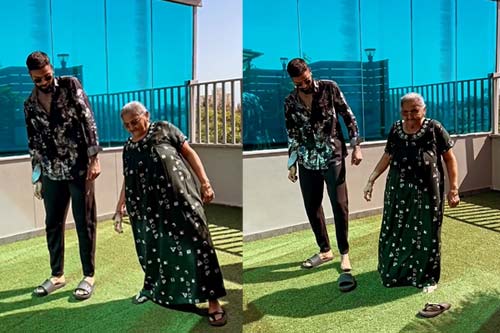 Pushpa has become a bigger hit in North India than in the south. Especially, the songs have become a rage in the last few months.

One song, in particular, Srivalli, has caught the imagination of many. So many cover songs and reels are being made on it.

After so many stars re-creating the step from Srivalli, now it is the turn of the cricketer, Hardik Pandya to do it.

The way he has danced to the song along with his grandmother has gone viral and made the audience love it big time.