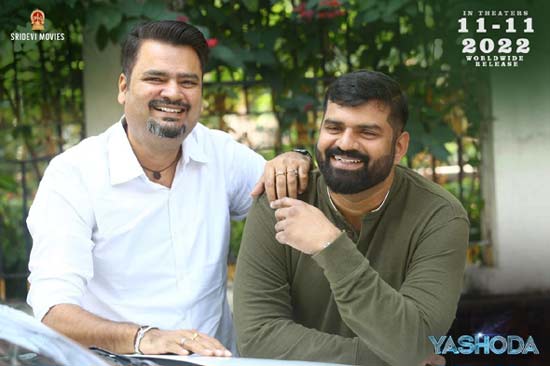 Star actress Samantha Ruth Prabhu’s Yashoda is gearing up for a grand release tomorrow in theaters worldwide. Directed by Hari and Harish, the thriller has Unni Mukundan in a crucial role.

In a recent interaction with the media, the director duo mentioned that a total of 30-40 sets were erected for this film. Eva Institute is also one of the key characters in this movie, they noted.

The duo also mentioned that Samantha put her blood and sweat into the movie and despite her illness, she performed stunts effortlessly. They also mentioned that the story of Yashoda was written with Samantha in mind and cleared that Surrogacy is just a part of this thriller.

The expectations on the film are sky-high. Rao Ramesh, Varalaxmi Sarathkumar, Murali Sharma, Sampath, and others played key roles in this Sridevi Movies production. Manisharma provided soundtracks for this pan-Indian movie.