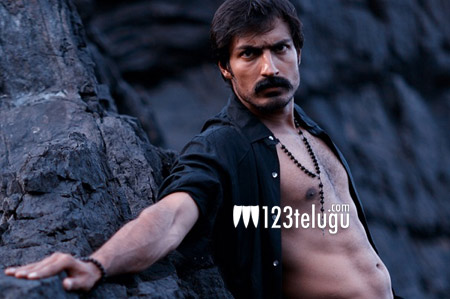 Popular Tamil actor Harish Uthaman, known for his negative role in Srimanthudu, is playing the antagonist in Nani’s as yet untitled film.

“I play the main villain and I sport an entirely new look. We’re just left with a few days of shoot. This film is a total entertainer and I am very confident it will appeal to everyone,” Harish told IANS. He also added that shooting for his role was a lot of fun. The film’s shooting is progressing at a brisk pace. Nani will be seen as a Balakrishna fan and will even sport a tattoo.

This film is being directed by Hanu Raghavapudi of Andhala Rakshashi fame and produced by Ram Achanta, Gopi Achanta and Anil Sunkara under 14 Reels Entertainment banner. Vishal Chandra Sekhar is composing the tunes.