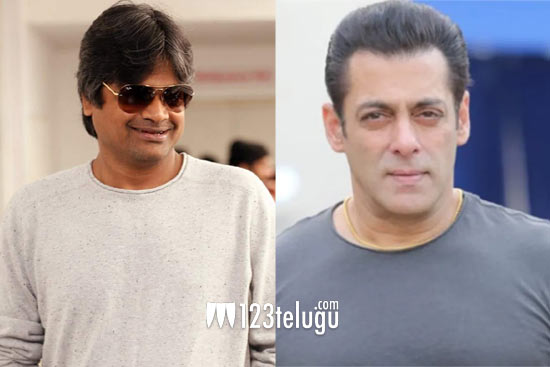 It is all but confirmed that Harish Shankar’s film with Pawan Kalyan, Bhava Bhagat Singh has been put on the back burner for the time being. There has been no update on the project for a while now.

As per the latest reports, Harish is now lining up a project with Bollywood superstar Salman Khan. He is currently in Mumbai, planning to materialise a project with Salman in the near future.

Harish apparently has a script that he believes will perfectly suit Salman and he is acting accordingly now. He is hopeful of materializing the project in the next few weeks. Mythri Movie Makers are on-board to produce the project if Salman gives the nod. More details to follow.