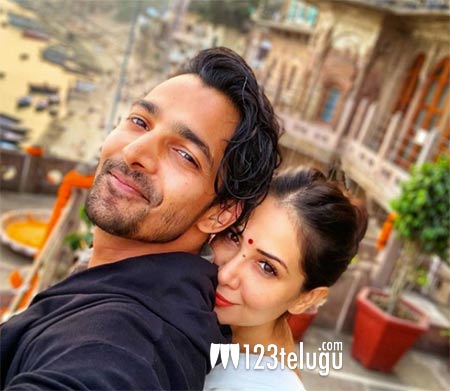 Actor Harshvardhan Rane, who has appeared in films like Avunu, Anamika, Brother of Bommali, has confessed that he’s in love with former actress, Kim Sharma. The latter shot to fame with Mohabbatein, and appeared in a few Telugu films including Khadgam, Yagam, and an item song in Magadheera.

Although the two have been dating for quite some time, it’s only recently that Kim Sharma confirmed that she’s indeed in love with Harshvardhan when she wished him on his birthday. Few days later, speaking to a leading newspaper, Harshvardhan stated that the two have nothing to hide since they have been spotted together at quite a few events. “There’s nothing to deny obviously, we are seen everywhere. We haven’t kept anything hidden till now. Since this is not work-related, I don’t know how to talk about it much, or what to discuss about it,” he said.

Recently, Harshvardhan Rane played a supporting role in Bellamkonda Sai Sreenivas, Kajal starrer Kavacham, and he also has another film in Sreedhar Seepana’s direction lined up for release in Telugu.