Hectic schedule but star heroine has no complaints
Published on Jul 17, 2018 1:54 pm IST 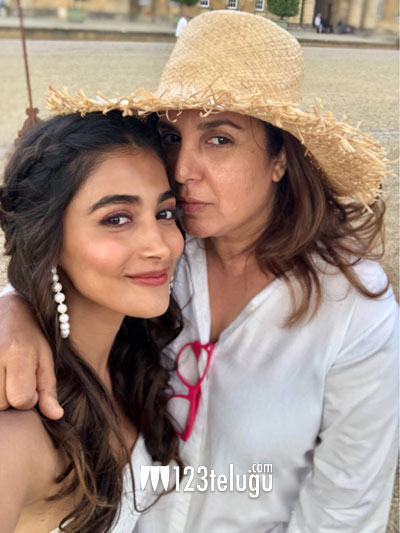 Pooja Hegde is one of the busiest actresses in the country with over half a dozen films in her kitty. She is currently shooting for her Hindi film Housefull4 in London and is having a gala time there.

Pooja posted a picture of her and star choreographer Farah Khan and said that she is enjoying the no filter comments of Farah on the sets. Pooja has been shooting nonstop from the past one year but has no complaints at all.

Pooja is cast opposite Ritesh Deshmukh in the film which is being directed by Sajid Khan. Apart from this, Pooja also has Saakshyam, NTR project, Mahesh’s next and a film with Prabhas lined up.