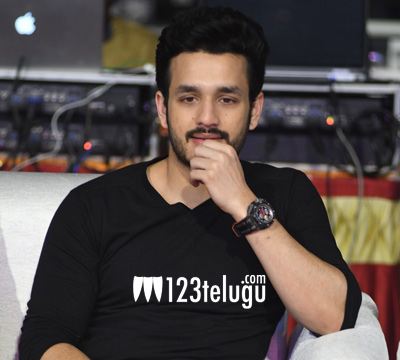 Akhil Akkineni’s upcoming romantic action entertainer, Hello, is slated for a grand worldwide release on December 22. Promotions have begun already and Akhil interacted with his fans via a live chat on Facebook yesterday.

When a fan asked Akhil what’s the major highlight of Hello, Akhil said that the film’s screenplay will thrill the audiences right from the word go. Akhil hailed his director Vikram Kumar for coming up with a meticulous screenplay. It’s well-known that Hello’s story takes place in single day.

Meanwhile, Hello’s audio album will be released tonight in Vizag. Akhil will soon fly to the US to promote the film. Kalyani Priyadarshan is the film’s leading lady. Annapurna Studios and Manam Enterprises banners have bankrolled the movie.