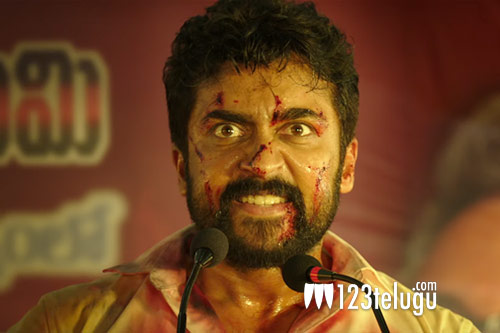 NGK is a film which is being awaited eagerly as Suriya is playing a politician for the first time in his career. The film is slated for a release on the 31st of May and there is not much buzz for the film because of the lack of proper promotions.

Now, the latest we hear is that the film’s pre-release business has been done for 9 crores in both the Telugu states which is a bit less for Suriya’s standards.

Selva Raghavan is directing this film which has Sai Pallavi and Rakul Preet as the main leads. NGK is releasing with a bunch of other films like Falaknuma Das, Abhinetri 2, and Suvarna Sundari. We need to see how this film fares in the Telugu states.