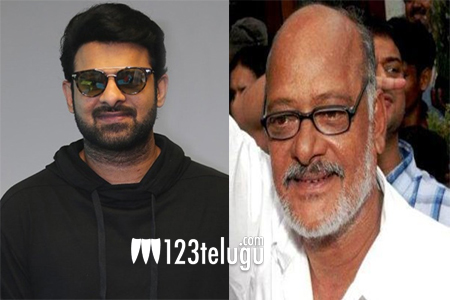 Young Rebel Star Prabhas attained nationwide popularity thanks to the historic success of the Baahubali franchise. He immortalized both Amarendra Baahubali and Mahendra Baahubali characters with grace and charisma.

In a latest interaction with a media house, Prabhas revealed that it was his father Surya Narayana Raju’s dream to see him in a King’s role on the big screen. Prabhas further said that he was quite happy to see his father’s wish come true with Baahubali.

Prabhas’ next project is the multilingual action adventurous thriller, Saaho. The film is being keenly anticipated by his fans across the country.