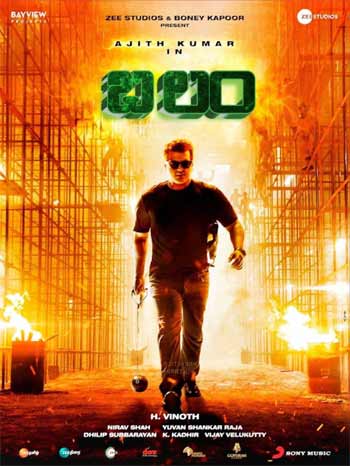 Valimai’s is Ajith’s biggest film to date. He will be seen in an action avatar after a very long time in his career.

In Tamil, the film is up for a release on the 13th of January. Now, the news is that the Telugu title has been fixed as Balam.

The release date is yet to be confirmed in Telugu. Boney Kapoor produces this film which has Telugu hero Karthikeya as the main villain.