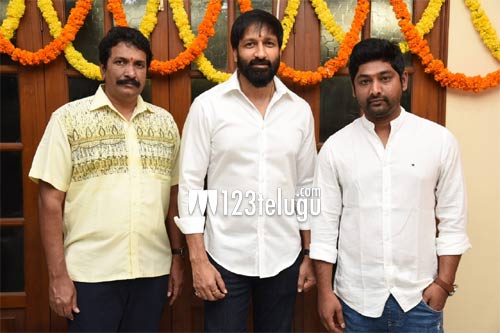 It’s well known that hero Gopichand is currently shooting for a high budget spy thriller. The film’s latest schedule is underway in Hyderabad these days. Tamil director Thiru Subrahmanyam is helming this project and Anil Sunkara is producing it. This is Gopichand’s 26th film.

The film’s makers are going to officially announce the title tomorrow at 11:34 am. But here we have the exclusive update for you. The film has been interestingly titled Chanakya, sticking true to the film’s theme. A major portion of the film was shot in Rajasthan.

Gopichand will be seen romancing two heroines in the film. More details about the film will be out tomorrow.