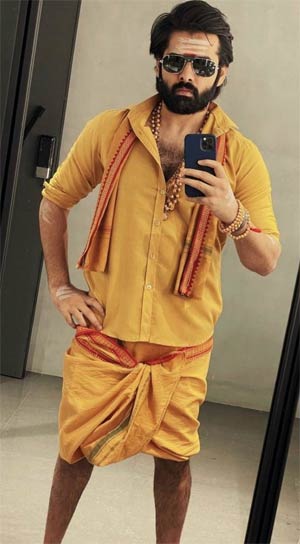 Ram is high on the success of his latest film Red. Though the film was panned by the critics and a section of the audience, the film became a hit thanks to the holiday season.

Ram is yet to sign a film and this has made his fans restless. There is no clarity as to which film he will do now. In such a time, he has shocked many with his new avatar as he has gone devotional and has taken a swamy mala.

Ram posted a picture where he is seen wearing devotional attire. “Om Namah Shivaya! Small break. I’ll be back!!,” he captioned the picture. We need to see what kind of a film does he sign now.