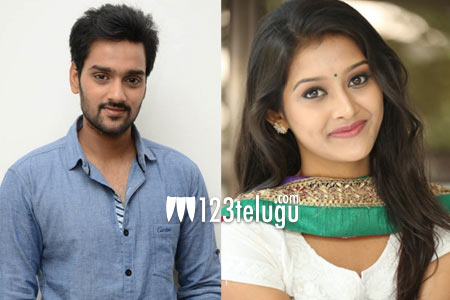 We have already reported that Sumanth Ashwin, who is riding high on the success of back-to back hits such as Lovers, Kerintha and Colombus, will soon be seen in a youthful entertainer in the direction of debutante Manu. The movie has been titled Right Right.

According to our sources, Pooja Jhaveri, who made her debut in Tollywood with the film Bham Bholenath last year, is set to romance Sumanth Ashwin in Right Right. The film will be a remake of the Malayalam hit film Ordinary. Pooja is also busy with a few Tamil films including one opposite Dhanush.

The film also features ‘Baahubali’ fame Prabhakar in a prominent role. Regular shooting will begin from December 7th and it will be shot extensively in Aarku and Vijaya Nagaram. The movie is being produced by J. Vamsi Krishna under his Sri Satya Entertainments banner. The makers are planning to release the film in summer.