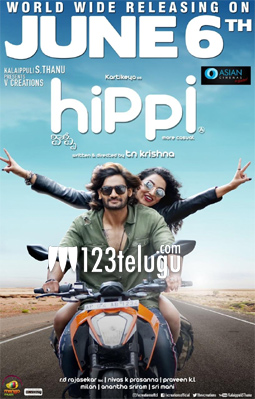 After the blockbuster success of RX 100, young hero Kartikeya has come up with the breezy romantic entertainer, Hippi, as his next outing. The film has hit theaters worldwide this morning amid a low buzz. The film has just reached the interval point. Let’s see how it has fared so far.

Hippi is a love story which is primarily aimed at the young audience. There are too many double meaning dialogues which spoil the viewing experience to an extent. Some love scenes are good and the internal sequence is okay. A couple of songs look good on the screen. On the whole, it’s been a below average experience so far due to a slow, boring treatment.

Stay tuned for the second half report and the complete review.