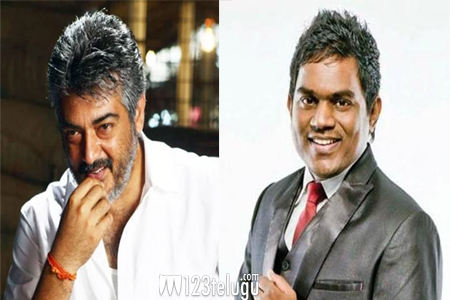 In an exciting update for all Thala fans, hotshot music composer Yuvan Shankar Raja has been roped in to score the soundtrack for Pink’s Tamil remake. In the past, Yuvan had scored some chartbusting songs for Ajith in movies like Billa, Mankatha and their 2013 film, Arambam.

Thala59’s regular shooting will commence soon. The names of the three heroines who will play key roles in the film are yet to be revealed.