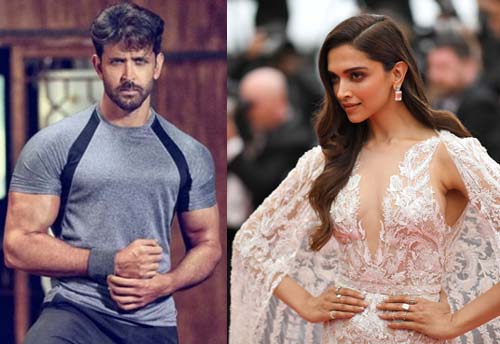 It looks like almost every other industry is planning to adapt Ramayan and Mahabharata to give the audience a never-before-seen experience. While Om Raut has already begun working on Aadipurush, which has Prabhas, Kriti Sanon, and Saif Ali Khan playing Ram, Sita, and Ravan respectively, the latest buzz in Bollywood is that producer Madhu Mantena is keen to cast Hrithik Roshan and Deepika Padukone as lead actors in Ramayan 3D.

The film, to be directed by Dangal’s Nitesh Tiwari, was announced a while ago, and since it was to be made in 3D, the producers had decided to take a long time for pre-production. After a long gap, the film is back in news now with the names of Hrithik and Deepika floating around. Incidentally, a section of the media is also reporting that Hrithik could be cast as Ravan instead of Ram; however, it remains to be seen what the makers decide in the end.

Meanwhile, Hrithik Roshan and Deepika Padukone will also be seen together in Siddharth Anand’s Fighter, which is slated for release on September 30, 2022.