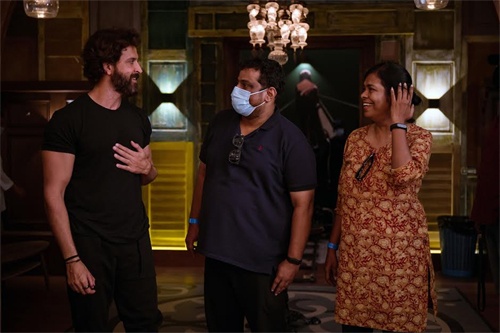 The Greek God of Bollywood, Hrithik Roshan, is currently busy shooting for Vikram Vedha, an official Hindi remake of a Tamil film of the same name released in 2017.

The actor has wrapped up a 27-day long first schedule in Abu Dhabi. The team has already commenced the second schedule in Lucknow with Saif Ali Khan. The neo-noir action thriller also has Radhika Apte in a crucial role.

Pushkar and Gayatri, who wrote and directed the original, are also helming this Hindi film.

Vikram Vedha is produced by Bhushan Kumar of T-Series and Reliance Entertainment in association with YNOT Studios and Friday Filmworks. The film is locked to release grandly on 30th September 2022.