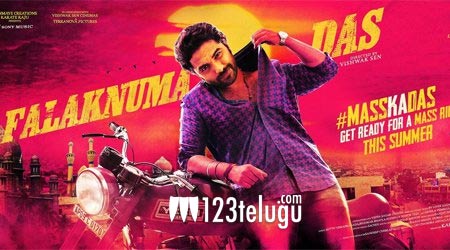 Thanks to all the controversies surrounding the movie, Falaknuma Das, the Telugu remake of the acclaimed Malayalam crime drama, is performing well in Hyderabad and other major centres in Nizam. However, the film is underperforming in the Andhra and Ceded regions.

In Nizam, on June 4, Falaknuma Das has collected a distributor share of Rs 15 lakhs, taking its 5-day total Nizam share to Rs 2.04 crores. The film has collected another Rs 86 lakhs in Andhra and Ceded until yesterday. The film’s total Andhra and Telangana 5-day share is Rs 2.90 crores. Since Falaknuma Das is very rooted in the Old City milieu, most audiences in Andhra and Ceded couldn’t connect to the film unlike those in Nizam did.