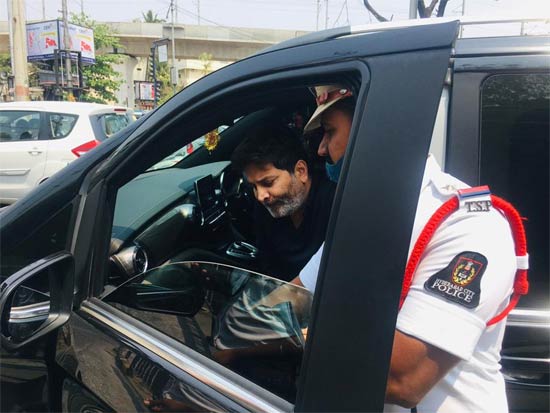 The Hyderabad cops have become quite strict when it comes to traffic rules. They have been putting heavy fines on those who do not follow the rules.

Yesterday, a number of celebs were stopped in the Banjara Hills area and were fined for various reasons. One of them was Trivikram as his car was stopped for violating a rule.

Generally, celebrities get black paper films pasted on the windows of their expensive cars so that others cannot see them from outside.